If fashion is a story of beautiful women, then designers are the storytellers who make them compelling.

International Fashion Week was held in Hanoi this November. Eyes were treated, minds were blown, and fashion legends were made. Below are five designers who dazzled the glitterati elite in this year’s gala.

They are sorted in no particular order, and represent some of our personal favorites from the show. Be sure to go to the fashion show’s original website to view all the other amazing designers we did not have the chance to mention below.

More flamboyant theatricality from Singapore’s most audacious designer. They call Frederick Lee the “Enfant Terrible” of modern fashion for a reason. The flamingo dresses on display in this year’s fashion week deliver another masterclass in the use of non-traditional materials, challenging ideals, and high-volume flare. The tribal and ethnic designs of Northern India, Kenya, and Burma are blended fashionably with today’s haute couture. They leave us with a dazzling cocktail of drama, flamboyance, and glamour. Frederick Lee’s audacious designs and creativity have also propelled his couture boutique, “Frederick Bridal,” into one of Singapore’s most sought after wedding shops. Frederick has received numerous accolades, including “Designer of the Year” at the 2004 Singapore Fashion Awards, another “Designer of the Year” from the 2009 Cleo Fashion Awards, and “Asian Top Fashion Designer” in 2009 from Fashion Asia China. He is one of the most decorated designers in Asian history.

FEMME is Claret Giang Le’s first collection since she returned from her studies in London. Her mission is to add a new note to Vietnam’s fashion scene through a kaleidoscope of vibrant colors, creative contour, and European inspiration. This collection was influenced heavily by the work of Frank Stella, a painter renowned for minimalist art. 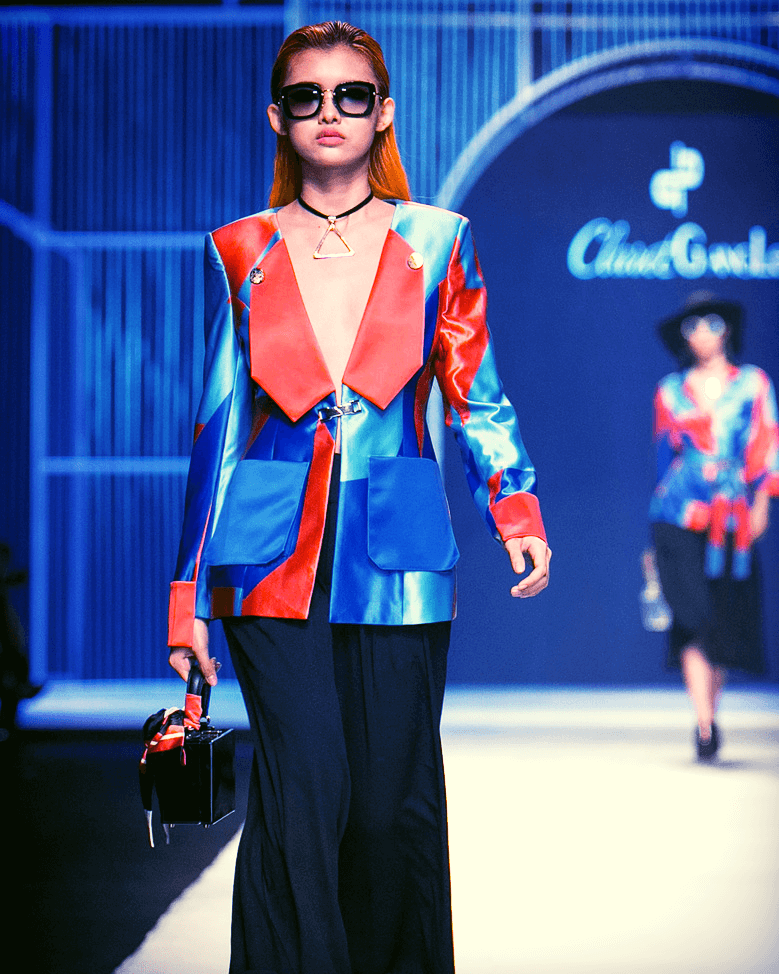 Now a full-fledged designer with degree in hand, Claret is on a path to express herself visually with no abandon. This year’s pieces inspired voyeuristic admiration from the audience. The pictures above and below should give you a hint of why. The main trait of Claret’s own personality is powerful and liberal – we saw that in the overflowing energy that characterized her display. Atelier Chardon Savard is one of Paris’ most storied fashion academies. Its mantra is that fashion is a language that is constantly in motion – encapsulating the expression of the times in a nonstop flowering process.

This year’s showing from French fashion academy Atelier Chardon Savard was led by three of its most outstanding students. Marion Besenbruch discovered fashion through her own metamorphosis in life. The dark shades in her design are inspired by her desire to create a profound, dream-like world. 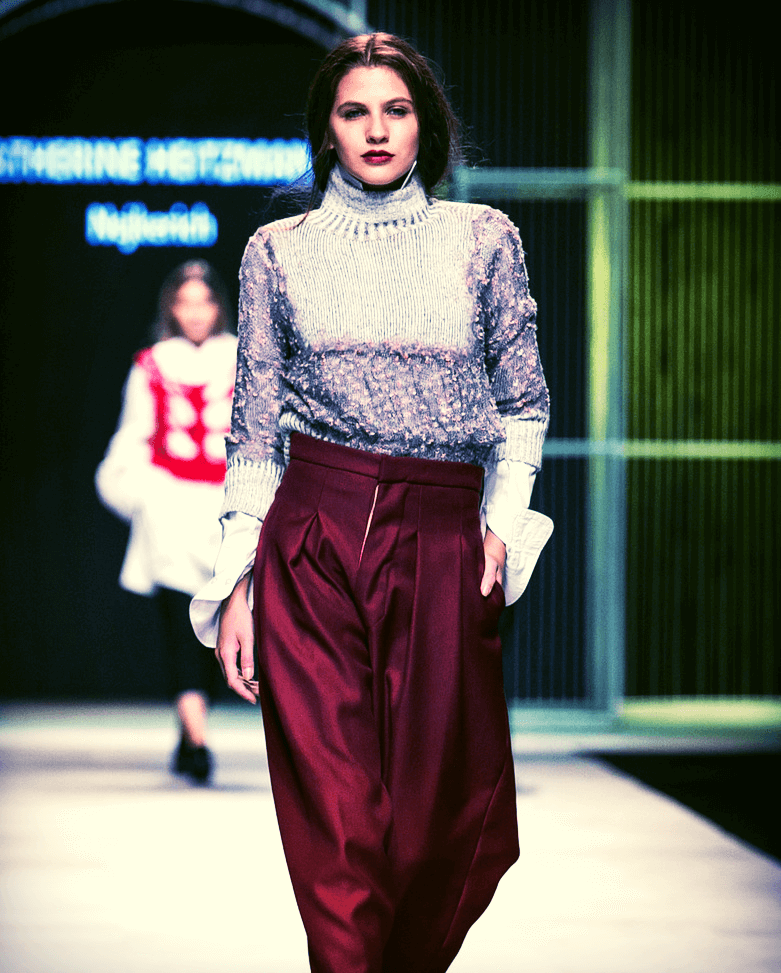 Arthur Avellano found fashion through his search for perfection and the sublime. His designs aim at creating garments that flow like paintings in a state of constant reinvention.

Lea Cellier is a techno chameleon whose fashion is reflective of her creative fervor in life. Her designs are anarchic, disjointed, and passionate. She aims to reveal the soul and uniqueness of each woman in her creative work. 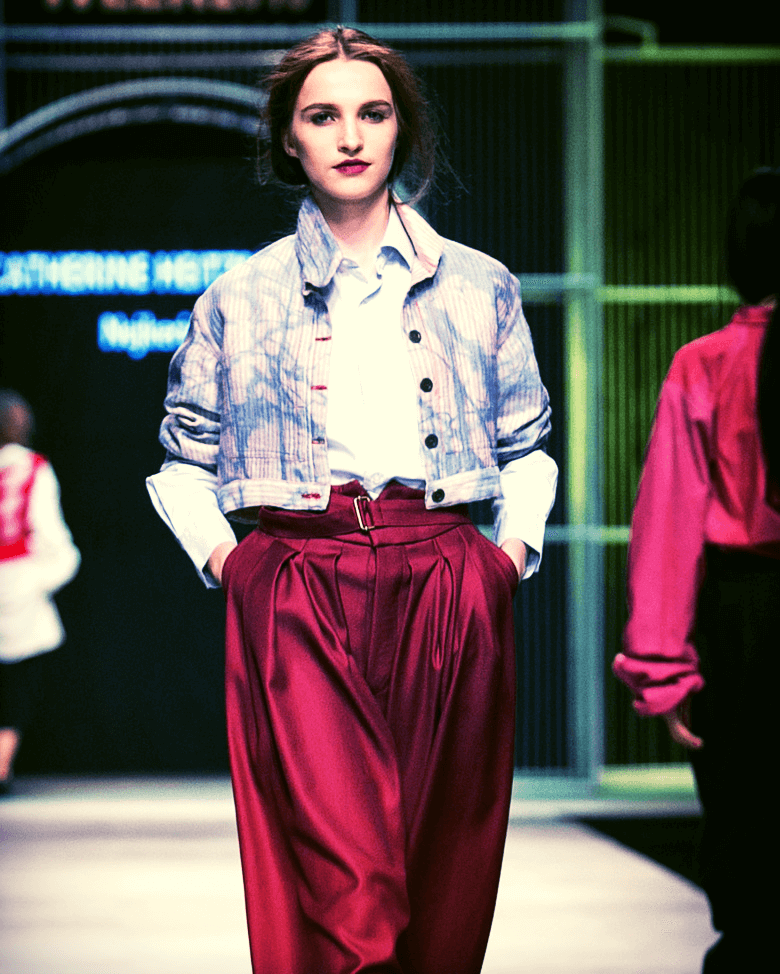 Phuong My graduated with honors at the Academy of Art University at San Francisco. Unlike other Vietnamese designers who mostly use fabrics found in Vietnam, she outsources fabric supply to select partners from Paris, Milan, and Hong Kong. She is obsessive in her creation, treating every detail with incredible intensity. 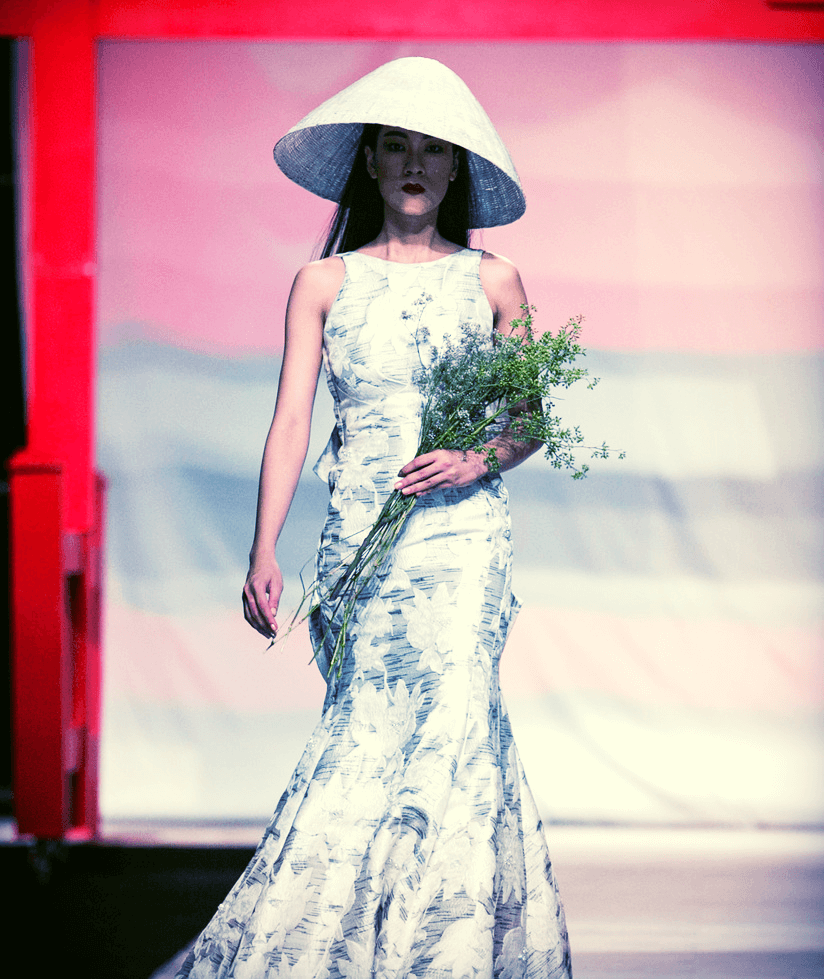 In addition to her eponymous PHUONG MY brand, fans can catch her work in projects for keystone magazines like ELLE, HARPER’S BAZAAR, and VOGUE. Her vision is to share the bold, yet tender beauty of Asian women with fashion hubs around the world. 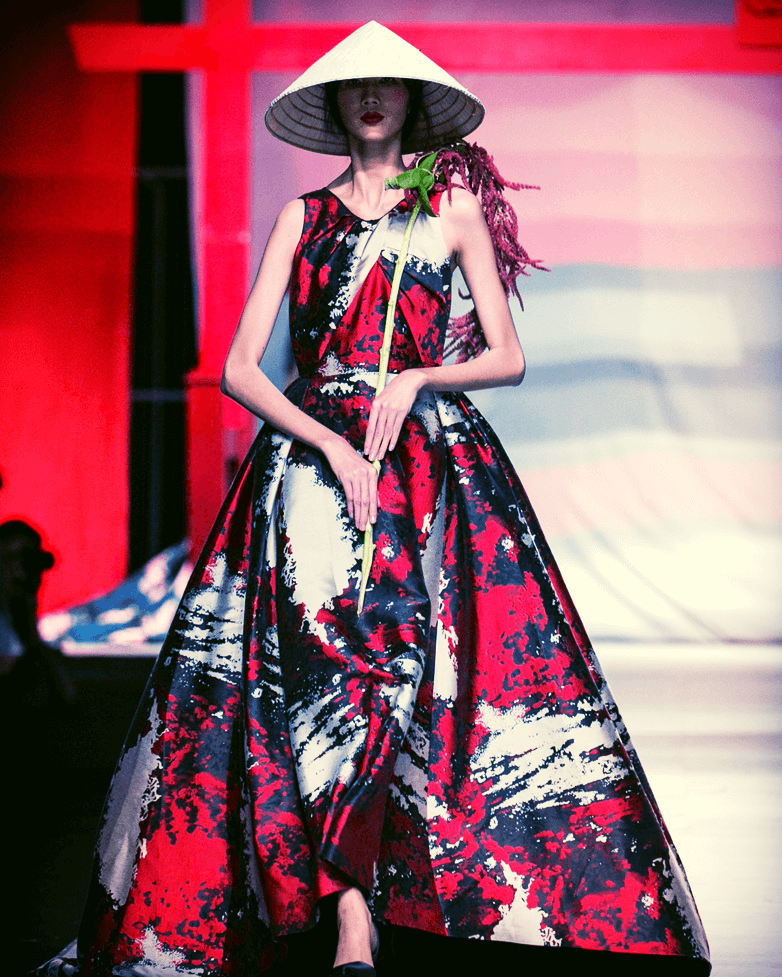 In addition to critical acclaim, Phuong My has also received accolades from a number of celebrities. Lindsay Lohan, Lydia Hearst, and Ngoc Diem all regularly wear pieces from the PHUONG MY collection. Priyo Oktaviano began his creative mission after he graduated from Esmod Paris in 2001. His first gig was at the House of Balenciaga Paris. His designs are characterized by bright and trendy pieces with unusual cutting and silhouette. This year’s delivery showcased traces of traditional Asian culture mixed with a bold, colorful vintage that defines modern fashion. 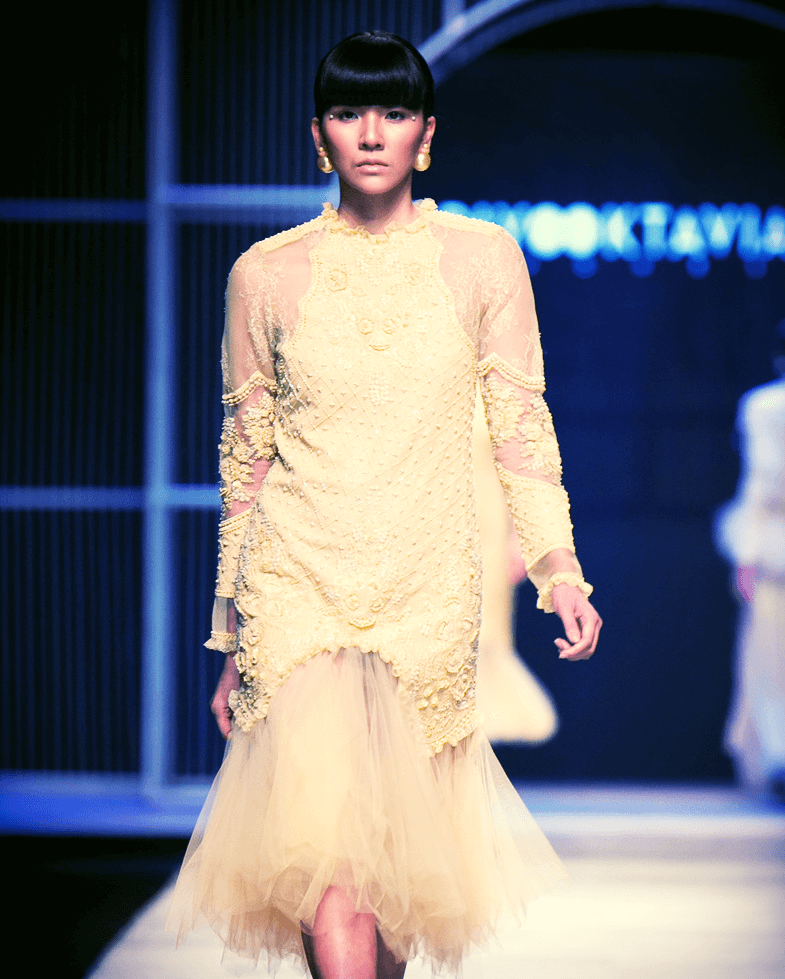 His collections are aimed at transcending generation and culture, while also producing a feast for both the trained and untrained eye. In 2009, he was awarded the Fashion Designer of the Year Award by Indonesia’s ELLE magainze. 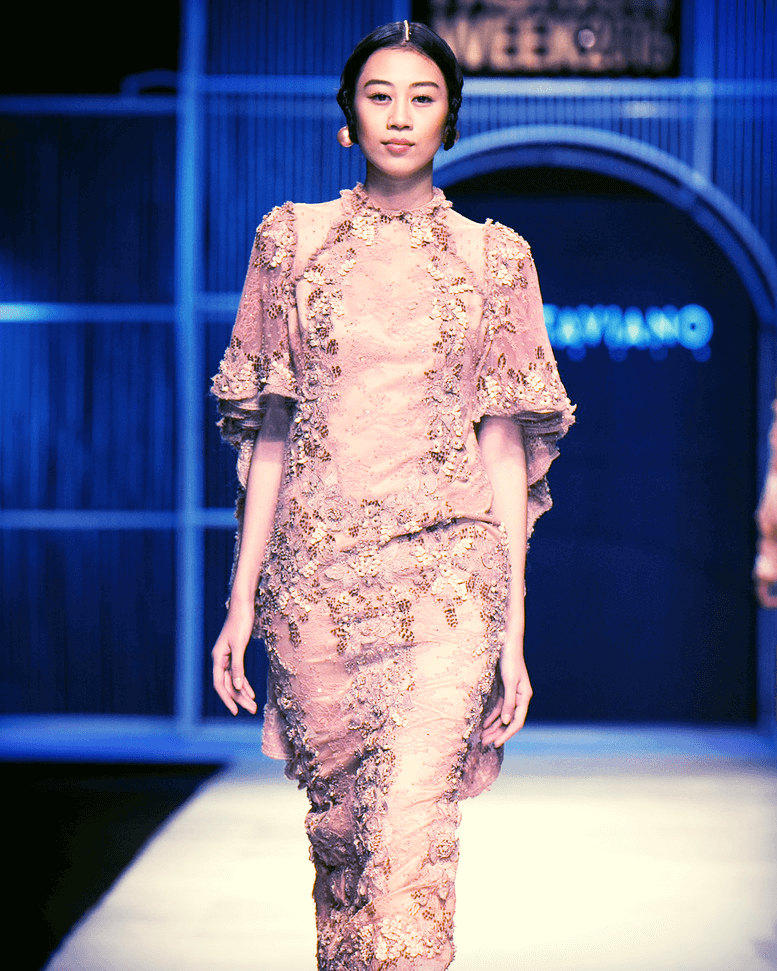 One of Priyo Oktaviano’s more known commercial collections is SPOUS, a portrayal of the modern woman with a twist of edge. The design is simple, wearable, and direct.