The world’s most beautiful primates are endangered. Here’s five unbelievably easy ways anyone can save them.

Due to their colorful fur, the Douc Langur monkeys are considered to be some of the most beautiful primates in the world. However, recent deforestation events have pushed them to endangered (and soon to be critically endangered) status. It is estimated that there may be only 500-700 grey-shanked Douc monkeys left in the world. To help our little friends in the forests, we are presenting five easy things anyone can do to save them from extinction.

Using less paper leads to less deforestation, which is the largest reason the Douc monkeys are threatened. Since almost everything can be done digitally, there really is no reason to still be using so much paper. Furthermore, your digital documents are easier to find, accessible from anywhere, and can be stored much more conveniently and without cost. You will not only help save species like the Douc Langur, but you will also be reducing our planet’s carbon footprint as a whole. The trees that you save will absorb more carbon dioxide, which in turn slows down climate change. That helps the polar bears too. 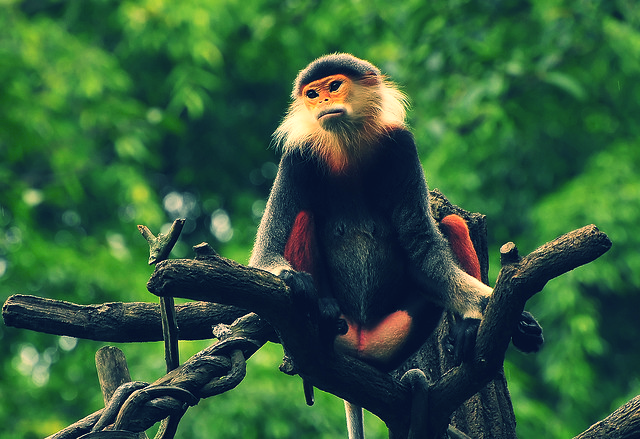 The difference between the number of people who claim to recycle and those who actually do is astounding. The next time you see a recycling bin next to a trash can, think of one of these little guys. That will give you the willpower boost you need to stop you from being one of the thousands of others who thoughtlessly toss perfectly recyclable products into the trash can. Recycling just one run of the New York Times saves 75,000 trees. Take a moment to grasp that number. 75,000 places where a Douc Langur could hop or live on are saved every time you recycle your paper instead of trash it. 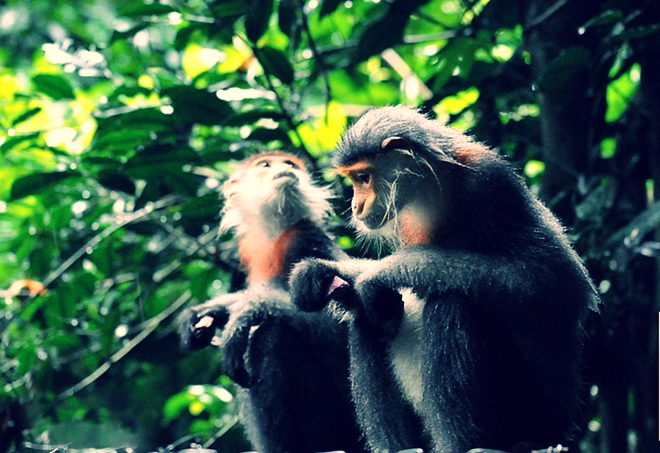 Sorry Chick-Fil-A. The fact is that the majority of trees are cut down not for their timber but simply for the space they take up. Entire forests are felled just to make room for farms to grow chickens and cows. Animals like the Douc Langur are losing their homes so that companies can provide burgers to the United States and animal feed to countries like Europe, China and Japan. Experts estimate that 6,000,000 hectares are lost every year for this purpose. That is the twice the size of Belgium.

Buying recycled products tells companies there is demand for them. That shifts market forces in a way such that more will be made – in turn strengthening the global recycling initiative and relieving deforestation. In addition to helping the Douc Langur, you will also be helping your fellow humans. Jobs are created at collection and recycling facilities. Experts estimate that for every 15,000 tons of waste, nine workers are needed in a recycling plant whereas only one would be needed in a landfill. The Douc monkeys are so great that they let us help them by helping ourselves.

5) Tell Your Friends About the Douc! 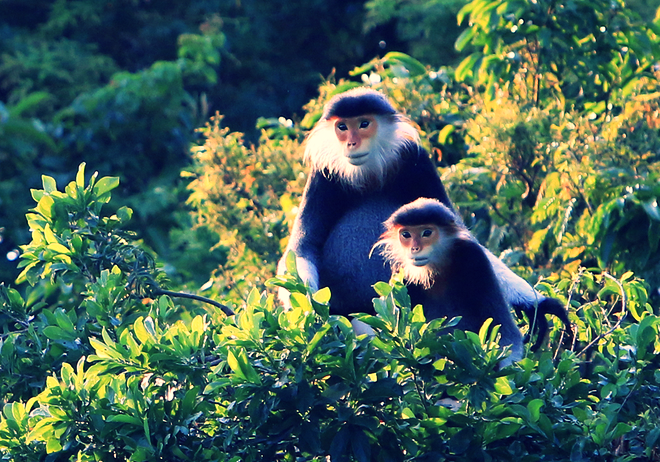 The monkeys’ cuteness already makes them a great conversation topic. Next time you see a friend doing anything that would drive deforestation, show them a picture of one of the many Douc species threatened by their actions. Better yet, send them this article so that they can take the same steps you are taking to help our friends in the forest. All it takes is one spark to start a wildfire.

The fight to protect is huge. Even Prince William is doing it!