Prince William of Britain is on a mission to save our planet’s wildlife. He arrived on November 16th for his first official Vietnam visit to attend an international conference on the illegal wildlife trade. The Duke of Cambridge is the president of United for Wildlife, an organization fervently working to protect elephants, rhinos, and other endangered species from extinction.

The Prince is on a mission to protect.

While the conference starts on Thursday, Prince William will meet with Vietnamese Prime Minister Nguyen Xuan Phuc and Vice President Dang Thi Ngoc Thinh on Wednesday for related discussions. The Prince’s staff said that “He knows the people of Vietnam will share his concern that we have less than 25 years to save some of our most iconic species from extinction. He believes Vietnam has a real opportunity to be leaders in wildlife conservation.”

The Vietnamese government has been making a point lately regarding the illegal wildlife trade. On Saturday, they destroyed 2,253 kilograms (4,956 pounds) of seized elephant ivory and rhino horns to send a message. Vietnam is one of the world’s largest transit hubs for illegally obtained ivory and rhino horns.

Leaders from over 40 countries will attend the wildlife conference in Hanoi. Experts from international wildlife preservation groups will also attend.

Prince William has a history with protecting wildlife.

The Prince has had a long history with protecting wildlife. He admits to having been enamored with wildlife since he was a teen, and is presently even more emotionally involved given the prevalence of poaching around the world.  In an interview from 2013, William said becoming a father also increased his resolve, as it made him more protective of things that were vulnerable – including wildlife. His fascination with wildlife began when he first went to Africa as a teenager. He even ended up proposing to Kate Middleton there. He hopes to pass on his love for wildlife to his son George.  In an interview in 2015, he stated he was afraid “elephants would be gone from the wild by the time Charlotte turns 25.” He was referring to his daughter, Princess Charlotte.

William has lobbied the presidents of the U.S., China, and Africa to do more in the fight against the illegal trade. He also warned that rhinos would face extinction in our  lifetimes. Given that Vietnam is now suffering from the same problems, the Prince’s presence, as well as the fervor he spreads for the mission, come as a much-welcomed beacon of hope. Some of Vietnam’s most endangered species include the Asian Elephant, the Bentang, and the Red-Shanked Douc Langar. Asian elephants are the some of the world’s largest terrestrial animals. While Vietnam has banned the capture of their herds, many are still poached every year. These magnificent mammals once roamed freely – approximately 1,500 – 2,000 existed in 1980. Today, there may only be as few as 70 remaining. 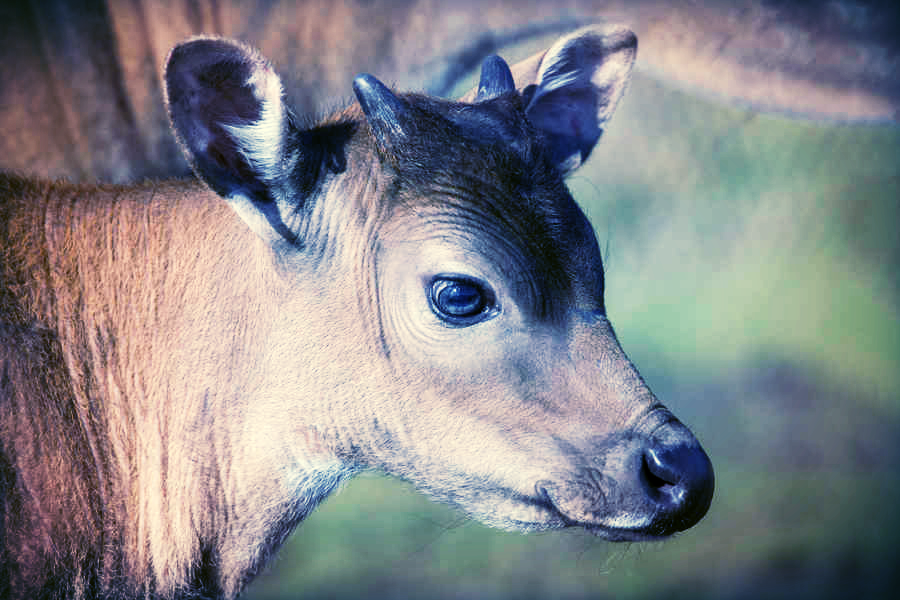 A relative of the cow, these mammals have been endangered by hunting and loss of habitat. Poachers prize its meat and horns. Their population has declined 80% in the past decades, with only a few herds possessing more than 50 members.

The Douc monkey is popularly regarded as the most beautiful monkey species in the world. This is many part thanks to its colored fur. Many of its habitats were devastated by bombings and chemical pollution from the Vietnam War. The grey-shanked douc is the most endangered of douc monkeys, with only 500-700 left in the world. Their population declined approximately 80% in the past decades. The Saola is often called the Asian unicorn. These mammals were only discovered two decades ago, and little is known about it today. However, it is already critically endangered and none are seen in captivity. This presents a serious problem because the actual size of the population is unknown. They are so rare that scientists have only documented them in the wild four times to date. Experts estimate that their population could currently be at only a few dozen. A sub-species of the Chinese Pygmy Dormouse, these rodents are considered to be critically endangered. Interestinly enough, locals claim it is one of the only mice species that cats do not eat. Despite their threatened status, very little is known about them. Knowledge of their entire existence stems from only 14 specimens.

Can You Help Prince William?

The easiest way to help protect endangered species is by donating to the Wildlife Conservation Society. 40% of the remaining Asian Elephants are in WCS protection facilities. The organization builds and deploys strategies that reduce human-animal conflict and effectively monitor habitat and population trends. Make a visit to their initiative on the Asian Elephant, or their general donation page.

If you cannot donate, you can still share this article. Also read our piece on 5 easy ways anyone can save the Douc monkeys from extinction.