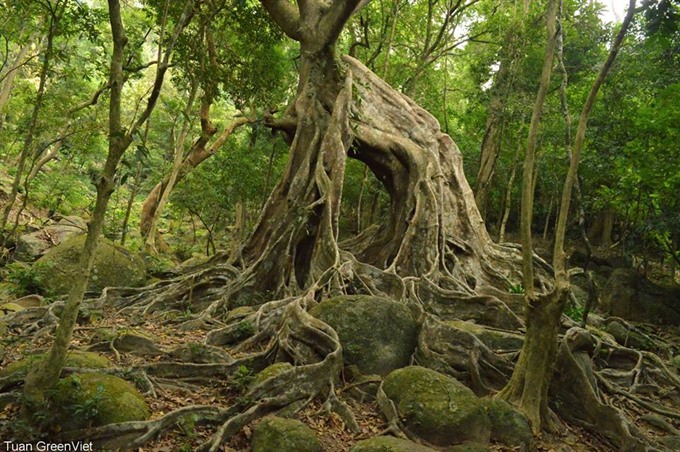 The Southern Institute of Ecology has discovered three new plant species unknown to the world in the Sơn Trà Nature Reserve during a three-year research and revaluation of its biodiversity, Dr Lưu Hồng Trường told a recent scientific conference in Da Nang.

“These may be the newest plants found in the world as we have yet to hear any reports of these plants, and they have not been given an official name,” Trường said.

“We found these plants in 2016. We plan to send our scientific research on these plants to the Global Science Journals as an official report and recognition of the world newest-found plant species,” Trường said.

The reserve, 1958 feet above sea level, is rare given its rich population of fauna and flora spreading from jungle to ocean over a relatively small area. He said the 4,439 hectare reserve will be a draw for biologists, conservationists and scientists worldwide.

According to the latest report about the reserve which is 10km away from downtown Da Nang, 43 plant species are listed as endangered in Vietnam’s Red Book and the International Union for Conservation of Nature (IUCN).

More than 1,300 endangered red-shanked douc langurs can be easily found in the Sơn Trà Nature Reserve. According to the latest report from GreenViet – the centre for biodiversity research and conservation, more than 237 herds of red-shanked douc langurs, comprising over 1,300 individuals, are living in the Sơn Trà Nature Reserve.

Biologists and scientists warn that the development of concrete buildings around the reserve, mostly holiday beach resorts, would soon push the endangered primates into extinction.