Son Doong Cave is the largest cave in the world. It is more exclusive than the peak of Everest.

Vietnam’s Son Doong Cave can fit a 40-story skyscraper in its walls. It also has a jungle and a river inside it – fitting, given that Son Doong means “mountain river”. What makes it even more magnificent is that it despite its incredible size, which runs over 5.5 miles, it was only discovered six years ago. 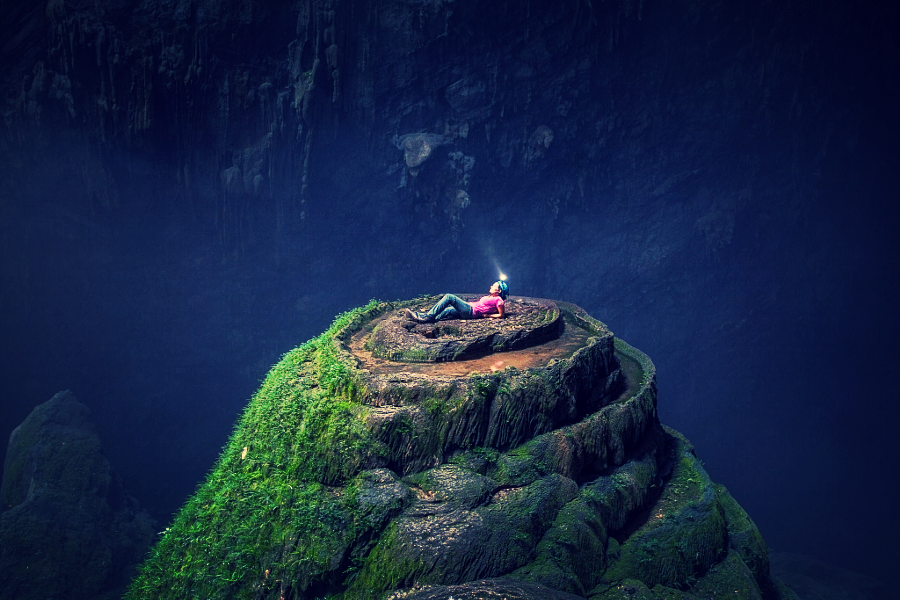 Only a limited number of people are allowed to see the inside of Son Doong every year. Tickets for the 2017 expedition, run by Oxalis Adventure Tours, sold out in the first 20 hours of release. We’re here to get you excited for the 2018 expedition. The tours run during the January to August season, and typically accommodate 500-600 people. The number of people who have seen the inside of Son Doong Cave is lower than the number who have stood on the peak of Everest.

The entire trek is 50 kilometers, and visitors must pass a health test before they can begin. Tourists travel in groups of 25, with safety experts and nature guides escorting the entire way. Expect to spend several nights camping in the caverns, as well as a detour to an ethnic minority village. Photos in this article are courtesy of photographer John Spies.

Son Doong Cave was first discovered in 1991 by a Vietnamese man named Ho Khanh. However, it was not explored until 2009 by a group of British cavers led by Howard Lambert. Son Doong has proved to be so remarkable that Saudi Arabia’s Crown Prince made a trek inside back in 2014. Via a steep drop close to the length of a football field, visitors must first rappel 240 feet to enter Son Doong.

What is even more astounding about Son Doong is that its waterfalls harbor completely new plant species that scientists have only recently discovered. A tour in Son Doong truly reflects the edge of our natural experience.

You can book your expedition for Son Doong Cave with Oxalis Adventure Tours, the only company that currently offers tours for the cave. A five day, four night tour runs at $3,000. The cave is located deep inside Phong Nha Ke Bang National Park, a UNESCO World Heritage site.