Willie Wonka’s mouth is watering a flood right now. He just discovered one of Asia’s most delicious secrets.

The new kings of chocolate are Vincent Mourou and Samuel Maruta, two French expats who have received a slew of international awards for crafting some of the finest artisan chocolate bars in the world. Their shop, Marou, is based in Ho Chi Minh City. There, the two hammer away in a labor of love that has benefited both taste buds worldwide and – surprisingly – our environment.

Today, we are proud to share the stories of Vincent Moorou, Samuel Maruta, and Marou, Faiseurs de Chocolate. Their blend of excellent craftsmanship and environmental leadership makes them rare jewels in a business dominated by environment-blase big chocolate.

A Story in Cocoa

Vincent and Samuel first met on a trekking trip in the French jungle. While neither had a background in food, they bonded over their shared love for chocolate. It brought back their childhood memories from France. Before they knew it, they were experimenting with cocoa masses in Maruta’s kitchen.

They didn’t take any lessons, but rather learned through rigorous practice of the scientific method. A batch was produced, the results were recorded, and a variable would be changed. While repeating this process, they brought their product to trade shows and learned from other chocolatiers. Five years passed, and now Marou is Vietnam’s premier luxury chocolatier. Like winemakers do for grapes, chocolatiers depend heavily on the climate, altitude, and soil for the flavors of their beans. Marou is the one of the few makers to use cacao beans from Vietnam – giving its bars a distinct taste.

Each Marou bar represents a different Vietnamese province, making the collection a panorama in taste of Vietnam’s terroirs. Furthermore, unlike most other chocolatiers, Marou has control of every line of production from farm to bar. This allows them to create beans they select at the source, yielding a chocolate with unique aromas.

Marou currently makes nine bars, with more varieties to come. Try the Ben Tre for notes of cinnamon and nutmeg, or the Ba Ria for undercurrents of fruit and anise. A universe of detail is given to how each bar looks and feels.

Marou Shares the Wealth of Chocolate

Big chocolate has long closed its eyes towards the horrible working conditions in the Ivory Coast, the world’s largest chocolate exporter. Marou chose Vietnam because it has a history of ethical excellence in chocolate making. Cacao trees are grown in areas of re-forestation, a great boon for the preservation of biodiversity. This marks one of the great things about chocolate: it is grown in more environmental friendly ways than similar cash crops that require more land-clearing. Vietnam is also known for sharing the wealth of chocolate making among its rural farmers, who are a key driving force for its agricultural economy.

Beyond Marou’s great taste, there is great heart. Vincent and Samuel take pride in knowing their farmers on a first-name basis, and pay them premiums for taking extra care in the harvesting process. They also strive to show the world that great chocolate can be made in an environmentally friendly way. Moving forward, Marou is the first global chocolate brand that carries the Vietnamese identity. It has been a long-time coming, since Vietnam has already had 150 years of cocoa history without producing its own flavor of chocolate. Vincent and Samuel are leading a revolution of sorts – one they are perfectly qualified to start.

Our editor, Louie Nguyen, is friends with both Vincent and Sam. He will be making a visit to their shop sometime between September 11th to September 22nd. Have Louie bring back a selection of their bars for you by retweeting this tweet. 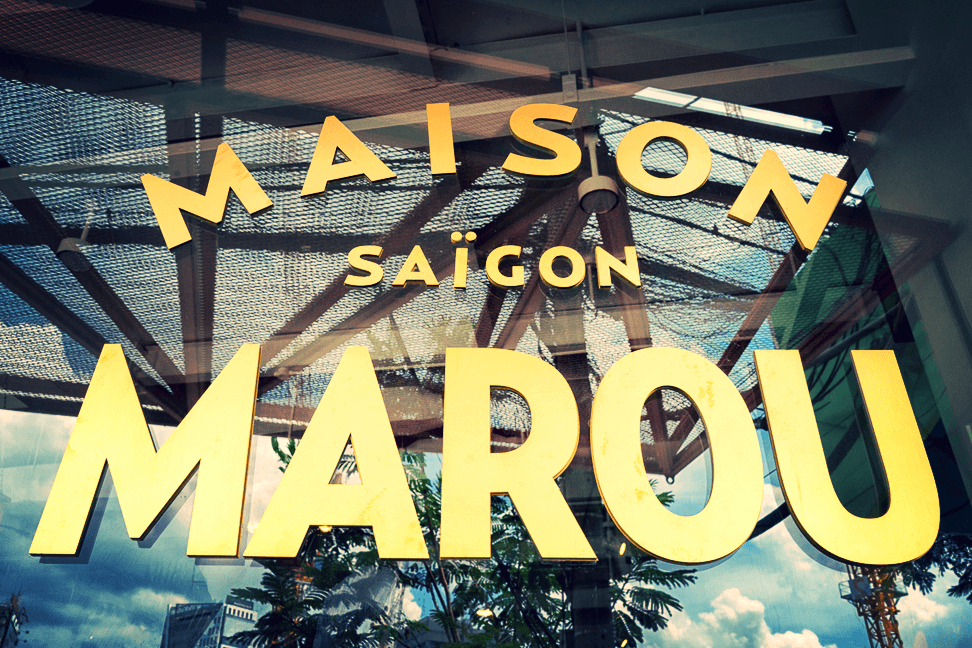