Two Vietnamese high school students won 3rd place at the 2018 Intel International Science and Engineering Fair this weekend for their research on an antibiotic resistant infection. The ISEF was sponsored by Intel this year, bringing together students from 81 countries with 1,383 projects in 22 different research categories. Judging took place in Pittsburgh, Pennsylvania between May 13-19th. The ISEF Award was founded in 1950 and is the largest international pre-college science competition, a program of the Society for Science & the Public, a non-profit organization that promotes the development of science through education based in Washington, USA. 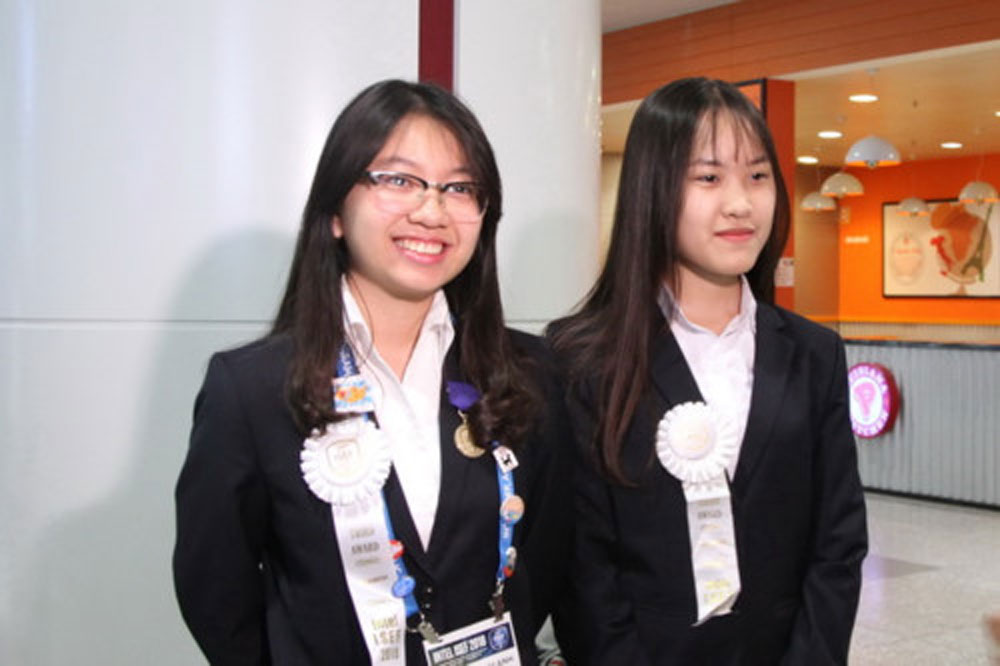 Antibiotics sales in Vietnam have doubled since 2009 with more people taking prescription medications, potentially putting the community at higher risk of drug resistance, experts said at conference in Hanoi earlier this month. The World Health Organization has listed Vietnam among the list of nations with the highest rate of antibiotic-resistant infections, at 33 percent. This conclusion was also reached by IMS Health, a Connecticut-based healthcare data company in a 2015 report on global antibiotics usage.

Intel ISEF aims to promote the development of science through education, which provides an annual playground for young scientists to showcase their ideas, talents and passion.“ The breakthrough ideas presented by the winners and finalists demonstrate how the brilliant minds of future generations will make the world a better place,” says Maya Ajmera, president of the society, based in Washington, D.C. “These young innovators are the stewards of our future, and we look forward to seeing all that they accomplish as they continue to pursue their interest in STEM.”

Oliver Nicholls, 19, of Sydney, Australia won the Gordon E. Moore 1st place award named for Intel’s co-founder and $75,000 cash for his design of a drone/robotic window cleaner for commercial buildings. “I hadn’t expected to get this far, I was hoping for a second place, maybe,” he humbly told reporters. The window cleaning drone is the size of a beach cooler weighing about 30 pounds. It sprays water on the windows, removes dirt with microfiber scrubbers and removes excess water with a windshield-washer-style squeegee. The drone hangs off the side of the building with cables and has propellers to lift off the wall and move from one window to the next. A different set of propellers is used to keep the drone firmly pressed against the glass during the cleaning process.

Washing the windows of a skyscraper is not only a dangerous but also an expensive undertaking. Nicholls expects to sell the window-washing drone for around $8,300 in which case he estimates it will pay for itself after one cleaning session of a seven-story building. Nicholls says he has tested the drone at home and stated that it can handle wind speeds of up to 45 mph.

Meghana Bollimpalli, 17, of Little Rock, Arkansas, received one of two Intel Foundation Young Scientist Awards of $50,000 for her low-cost approach for synthesizing materials that could greatly cut the production and energy costs of making electrodes for devices like supercapacitors. She found that combining common substances such as tea and molasses with nitrogen and phosphorus in a commercial microwave formed a powder that could be used as a coating for electrode-like materials, giving them similar properties of more expensive metals like platinum.