Obama’s visit on the 23rd carries heavy political and economic agendas. Chief among the list is the Trans Pacific Partnership (TPP), the multinational trade agreement that will remove tariffs and foster trade among its 12 member nations.  The Wall Street Journal estimates that by 2030, TPP could boost Vietnam’s economy by 10%, making Vietnam by far the biggest winner of the 12 member nations. He will also consider the removal of the arms embargo that was officially enacted on Vietnam by President Reagan in 1984.

The presidential visit signals to US investors that Vietnam is now open for business which should promote capital flows from private investors. Consumer confidence and spending will rise, and new companies on strong growth trajectories like VietJet Air will see conditions for IPOs. Soledad Investment Management, a U.S. based asset manager with existing investments in Vietnam, is increasing its holdings and actively considering new investments. Soledad’s Chief Investment Officer Louie Nguyen, CFA sees this as a crucial turning point.  “Vietnam’s intellectual infrastructure is immense.  Obama’s visit and the trade agreement mark a pivotal point in Vietnam’s transition from a frontier economy to a tech-savvy emerging market. This can be seen in the large wellspring of Silicon Valley style tech start-ups.  The next Alibaba could very well be from Vietnam.”

In addition to investors, there are a number of US blue chips operating in Vietnam.  If enacted, both the TPP and the lifting of the arms embargo carry a slew of economic and investment implications for these US companies. Below, we examine the effects on some American corporations currently doing business in Vietnam.

Deutsche Bank approximates that 43% of Nike’s footwear manufacturing is located in Vietnam.  As such, Nike will emerge a clear winner from the TPP. Its victory would come from two sides: reduced import duties and higher margins. As of 2014, Vietnam’s import duties on footwear were approximately $1.65 per pair – a much higher figure than China’s $1.17 per pair. A reduction of duties to anywhere near China’s level could help Nike realize a surge in Vietnam sales.  The TPP could allow Nike to re-locate more manufacturing facilities to Vietnam, where it enjoys some of its lowest production costs. UBS AG research estimates that a bigger shift to Vietnam could lift Nike’s gross margins by 50bp, or about $0.14 per share. 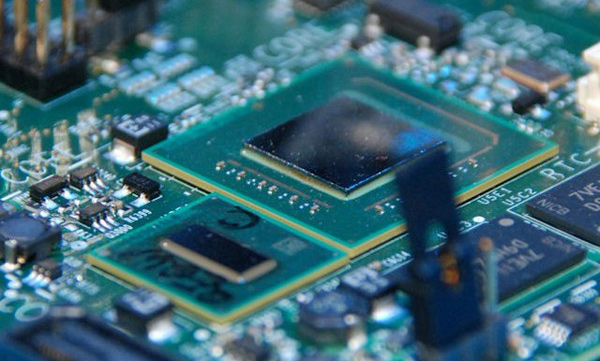 Intel has long been a believer in Vietnam. Over a decade ago, it launched a semiconductor factory in Vietnam – the largest single investment ever by an American company at the time. Today, its business is poised to reap large benefits from the TPP’s removal of almost all Vietnamese duties on foreign information technology products.  With the TPP on the horizon, this has encouraged Intel to add more complex products to its $1.04 billion manufacturing plant in Ho Chi Minh City. Whereas the past saw Vietnam as only a low-cost manufacturing hub for baser products, the future will see the integration of a much higher-end product stack, such as central processing units and systems on a chip. Like Nike, Intel will reap the benefits of lower costs and stronger sales.

Lockheed will also benefit from the removal of trade barriers enacted by the TPP. David Jensen, director of Lockheed’s Asia-Pacific Business Development, has expressed strong interest in pursuing telecom projects in Vietnam. Given that Lockheed has already partnered with state owned Vietnam Post and Telecommunication in the design of the country’s VINASAT-1 and VINSAT-2 satellites, the extra boost from the TPP will likely spur a larger array of projects. Furthermore, if Obama does lift the arms embargo, Lockheed will likely see strong demand for its P-3 Orion and C-130 Hercules jets. Experts believe Vietnam will request the likes of such aircraft, along with radar and missile technology, to help deal with its conflict in the South China Sea. Lockheed, along with Boeing and several other arms manufacturers, attended a defense symposium hosted by Vietnam this week. Should the TPP be implemented, Vietnam will remove the 70.4% of duties on U.S. automotive imports within four years. The complete reduction in foreign duties and consumption taxes is expected to halve the price of small, imported cars by 2019. Experts have also been heavily discussing the TPP-made content ratio in car products with preferential tariffs, which was settled at 45%. They believe the ratio will help Vietnam draw investment appeal as Mexico did after it joined NAFTA. It would be no surprise to see Ford ramp up investment in Vietnam due to both the favorable content ratio and the reduction in import duties.